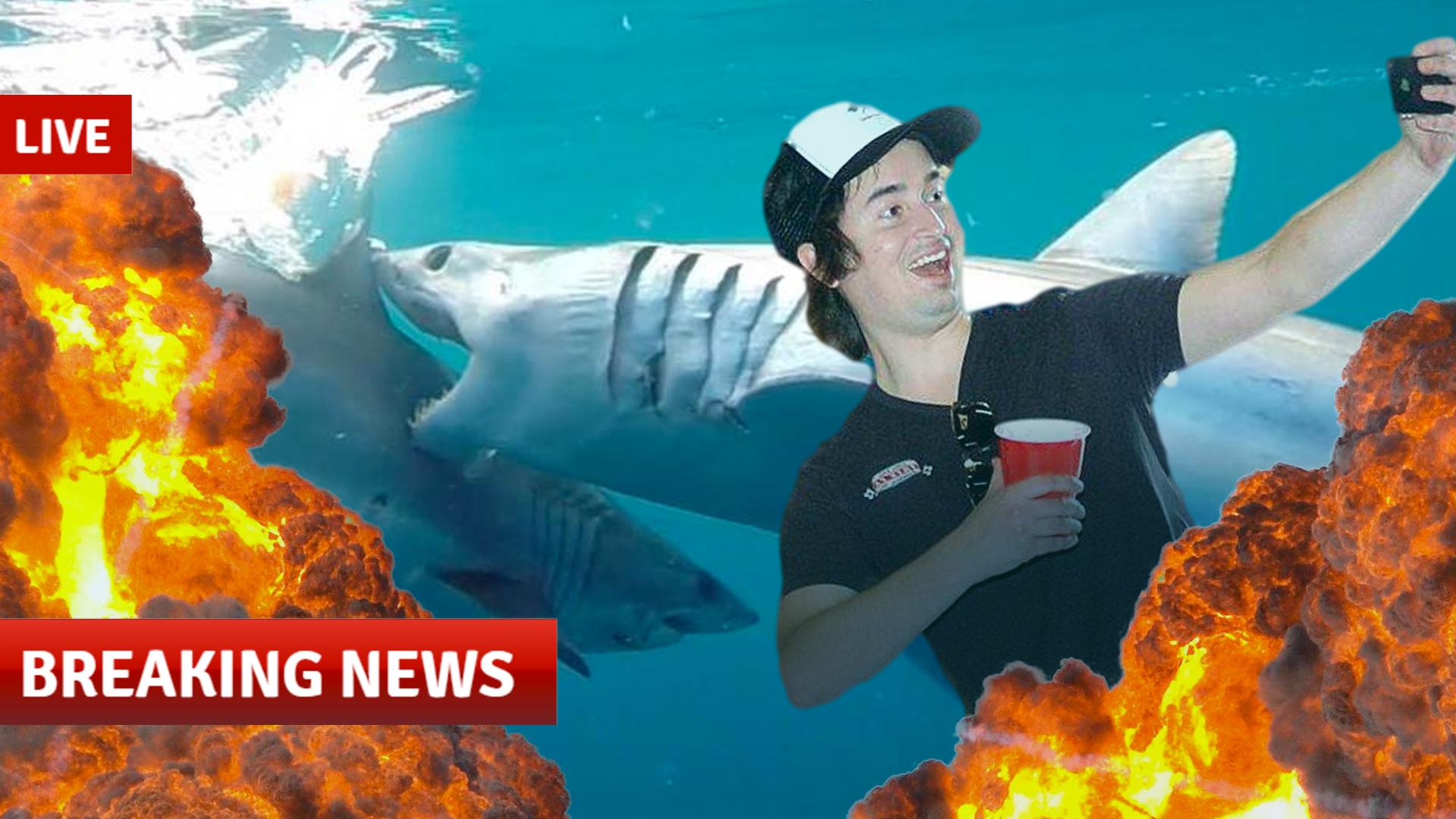 "Sharks are super stressed out probably.”

One Orlando-based artist might find himself in deep water as a new marketing gimmick threatens to push boundaries - and sharpen teeth. Graphic designer Adam McCabe (AdamIsCreative.com) recently found himself out of work due to COVID-19, and is looking to attract all the attention he can to his website with what he calls a “Shark Fight-Club”:

“I don’t know, sharks are pretty badass and people always want to look at sharks; way more than some jerk’s design portfolio. Like, Discovery Channel has a whole week dedicated to them so I thought ‘why not piggyback on people loving sharks by putting two of them together to duke it out?’ Who wouldn’t want to hire the guy who started Shark Fight-Club? Marketing genius!”

When asked about brand synergy, Adam refused to comment, only insisting unprompted that the sharks are “totally safe and just blowing off steam" because “sharks are super stressed out probably.”

According to city officials trying to stop this event from happening, two grown Mako sharks are to be unleashed in a Walt Disney World Resort lake of the company’s choosing (executives at Disney have yet to officially respond). The creatures, apparently named "Cuddles" and "Steve", will be given a 100-yard circumference of netting to “I guess swim around and be sharks bro”.

Considering these creatures are so unpredictable and don’t necessarily belong in circumstances of this nature, the way a winner is determined in this gladiatorial event will remain unknown:

“Dude, one could just get tuckered out and fall asleep in the middle of the fight, and the other one could just be like ‘yeah this other shark’s asleep so I’m not gonna fight him anymore I’m bored,” Adam insisted, interrupting moments of the interview to frantically jam his finger on “Instant-Apply” options from his LinkedIn app, “Look I don't care what you do, just give my website a little traffic. Finding work anywhere is literally the worst and nobody is hiring or even taking time to reply back to you! THE WORLD IS ON FIRE.”

We concluded the interview early so Adam could weep gently to himself, and then hand his resume to our cameraman. And our sound guy. And myself.

Shark Fight Club opens (and presumably closes) this Saturday at the most magical place on Earth.

Alright, so maybe he's not starting a shark fight club.

...but he is looking for work! If interested, inquire below!